My Story with Stomach Cancer 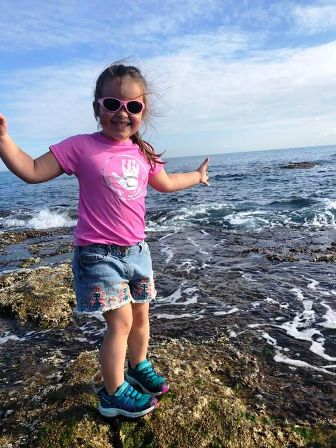 In early January, 2017 I was trying to ski in Austria, I had put on a lot of weight, tired and sweating profusely,

I stopped, sat down in the snow, wondering what on earth was the matter with me? 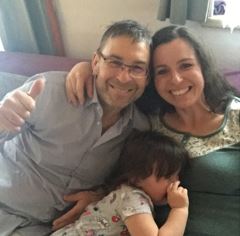 Over the previous two years, I had ignored the signs of illness and self treated myself.

On three occasions Black Stool (blood in the upper digestion): If I stopped drinking coffee the problem went away after 3 days!

Indigestion: If I took a few Rennie or Gaviscon tablets, or glass of Coke Cola, the problem would go away !

Thursday 12th January I visited the local hospital, told my story, I was given an upper gastric endoscopy and a blood test.

By Monday I was diagnose with Stage 3 stomach cancer with a 6 cm tumor, caused by an ulcer, followed by helicobacter, and a sugar habit I underwent a 12 week cycle of chemo, an operation to remove most of my stomach, followed by a further 12 weeks of chemo.

The side effects from the treatment whilst in hospital were horrendous, including thrombosis in the left lower leg, a pulmonary embolism, lung infections,  pneumonia, unable to go to the toilet, I was fitted with a valve to get chemo in, and blood out.

The whole time I kept strong, when friends visited me in hospital they would find me trying to walk up and down the Hospital corridors.

When I came out of hospital and finished another course of chemo, I spent the next 4 months rehabilitating my self, initially I could only walk 100 meters without a rest, I incurred damage to the nerves in my fingers and toes, vertigo, no energy, daily stomach dumping, referred pain in my back, and I lost 25 kg in weight.

Over the next few months, I did my best to rehabilitate my self, with daily exercise, good food, plenty of sleep and rest.

By September 2017 I was declared Cancer free, but I continued with a 80mg daily dose of heparin for the thrombosis. 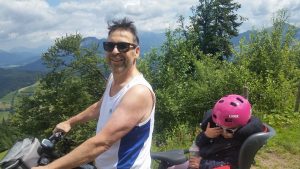 By this time I had gone back to work, on one side it kept me focused, but on the other side, I was not working on building up my destroyed immunity, and cleaning out the killer chemicals floating around my body, and I had also gone back to my old ways to eating and drinking.

The problem with a stomach the size of a small Mc Donald’s Berger is you need to turn the food around fast and extract a lot of nutriments.

January 2018, and 1 year after being diagnosed with cancer. My skin looked yellow, and I was still under weight and was regularly sick in the evening. I visited the Hospital for the quarterly CT scan followed by an MRI scan, I was informed that I had metastatic cancer of the liver and spine.

I Stopped taking the heparin, which destroys your bones, and with the help and direction from my fiancé (Now wife), the positive-energy of my beautiful daughter, and urge to live I took on the battle to beat Cancer.

This website “Immunity Boost” is about how “I live with Cancer the Natural way”.

Get it here!
X